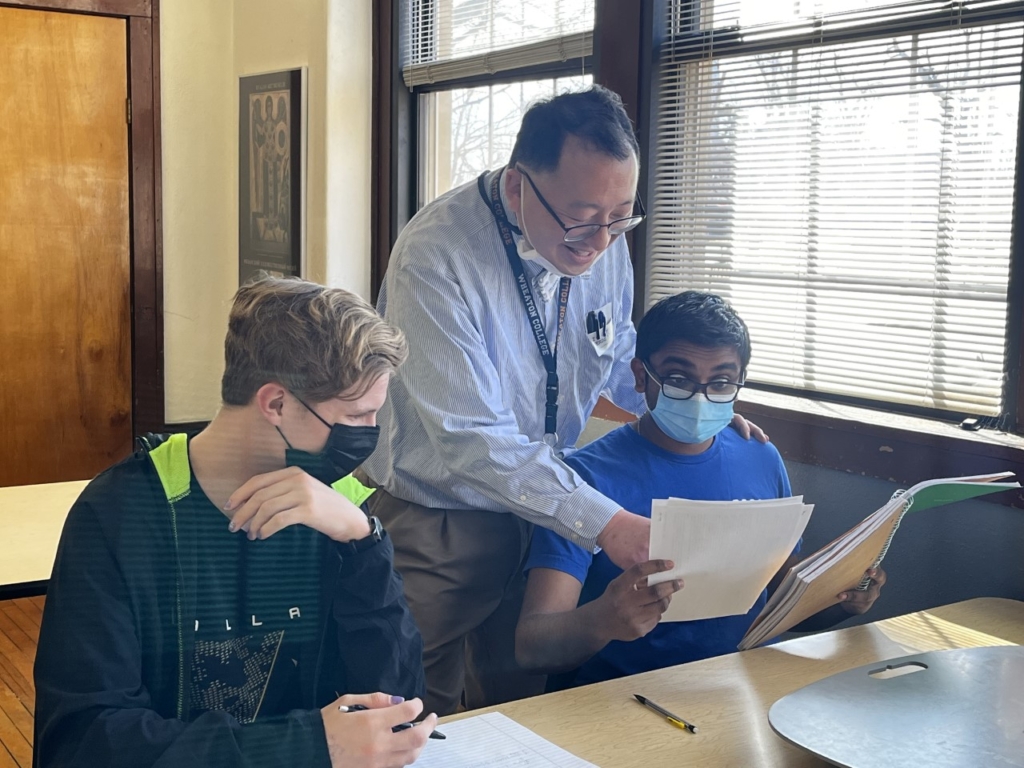 Dr. Frank Wang has served as OSSM president for 10 years. On 30, he will step down from his current role and plans to remain on campus as a teacher.

Over the years, Dr. Wang has brought much joy to students, faculty and staff. You will often find him on campus after hours either cooking fried rice for the students or transporting them around town for errands. There are no boundaries to either his energy or enthusiasm for students.

As a graduate student at MIT, Dr. Wang co-authored a widely used high school calculus textbook that was published when he was only 23 years old. After graduation from MIT, Dr. Wang went to work at Saxon Publishers, Inc., where he later became its president and CEO in 1994. Under his leadership, Saxon Publishers grew to become a major textbook publisher, with 250 employees and annual sales of $100 million.

In 2003, Dr. Wang left Saxon Publishers to pursue his life-long dream to be a classroom teacher. He taught at OSSM and at the University of Oklahoma.

In 2013 was appointed to his current role as President of OSSM.

Dr. Wang grew up in upstate New York in the Albany area. His father was a professor at Rensselaer Polytechnic Institute. During the summer after his sophomore year in high school, his father told the family to get in the station wagon. He told them that they were driving to Oklahoma. Frank thought this was terrible news and vowed that the first thing he would do was find a way to leave the state.

Later he enrolled at Princeton University and later went on to graduate school at MIT. However, he got pulled back to Oklahoma to run Saxon Publishers.  He became President and CEO of Saxon Publishers, Inc. and helped it grow into a major national publisher.

Today he serves as the President of Oklahoma School of Science and Mathematics.  Dr. Wang is brilliant and funny with an infectious enthusiasm that will renew your faith in education!